Known in Peru and the rest of South America as Mate de Coca, Coca Tea is an herbal infusion made using the leaves of the coca plant.  Like everyday tea, coca tea is made by crushing dried coca leaves into small flakes.  When hot water is added and the tea is left to brew, the result is an aromatic herbal beverage, which is enjoyed by millions of people all over South America.

Coca tea is available either in traditional tea bags, or as a finely ground powder (often known as coca flour).  The tea bags provide convenience, whilst the tea powder, which is ground to a finer consistency, tends to make for a stronger brew due to the smaller particle size of the ground coca leaves.  Additionally, coca flour can be used as a food supplement and cooking ingredient.

Coca tea is well known to alleviate fatigue, suppress the appetite and reduce thirst.  It is also widely given to people suffering altitude sickness.  You may have heard stories of travelers who go to the high Andes mountains of Peru, only to experience altitude sickness.  Coca tea is considered highly effective in treating this condition, as many traveler stories attest.

Coca tea is also an effective analgesic pain reliever, and is used by people of all ages in Peru to lessen the pain of headache, back pain, menstrual pain and many other types of pain.

Perhaps the most common use of coca tea, apart from the uses listed above, are as an energy-giving drink.  A cup of coca tea contains many alkaloids (one of which is the infamous cocaine).  These alkaloids stimulate the body’s central nervous system, causing an increase in alertness, mental agility and increasing the body’s capacity for physical exertion.

Is Coca Tea a Drug?

This question is asked very often.  Coca tea contains very small quantities of the alkaloid known as cocaine.  However, drinking coca tea is not the same as taking drugs.  The best way to answer this is to make some analogies for the sake of comparison:

There is no logic in classifying coca tea as a drug.  It is sold in supermarkets in Peru, Bolivia and Ecuador with no age restrictions.  It is seen simply as another type of tea in these countries, and the rest of the world is starting to become aware of this.

A Brief History of the Coca Plant

The coca plant grows to a height of 2 meters to 3 meters (7 feet to 10 feet).  It’s branches are straight, and the leaves are thin, oval-shaped and opaque.

Coca leaves have been used for thousands of years as a stimulant by.  Native South American Indians chewed the leaves to relieve hunger, thirst and altitude sickness.

Typically, coca is grown in the lower eastern slopes of the Andes mountain ranges, although some species are grown at higher altitudes.

Ever since ancient times, its leaves have been an important trading item between lowlands people and their highland neighbors.

Archaeologists have found much evidence of the chewing of coca leaves at least as far back as 600 AD.  Pottery and other objects depicting coca use have been found throughout the region.

Coca leaf is a very valuable dietary supplement.  Several studies have revealed the nutrition profile of coca leaves.  At almost 20 percent protein, coca leaves contain more protein than red meat!  It’s calcium content is at least seven times higher than cow’s milk.  Along with other nutrients, coca leaf is one of the most nutritious foods known to humankind.

In 100 grams (approximately 3.5 ounces) of coca leaves, the following nutrients are present:

According to The Journal of Ethnopharmacology…

Coca appears to be a useful treatment for various gastrointestinal ailments, motion sickness, and laryngeal fatigue. It can be an adjunct in programs of weight reduction and physical fitness and may be a fast-acting antidepressant.  It is of value in treating dependence on stronger stimulants. Coca regulates carbohydrate metabolism in a unique way and may provide a new therapeutic approach to hypoglycemia and diabetes mellitus. With low-dose, chronic administration it appears to normalize body functions. In leaf form coca does not produce toxicity or dependence. Coca can be administered as a chewing gum or lozenge containing a whole extract of the leaf, including alkaloids, natural flavors, and nutrients.

The list of ailments that coca leaf appear to help with is impressive.  Perhaps it’s because of coca’s normalizing effect on the body, along with its lack of toxicity.  From digestive problms to clearing “brain fog” and many others in between, coca has a rare place in plant-based medicine as truly a wonderful medicinal gift of nature.

Check out our top quality coca tea products, all shipped from within the USA for your safety and convenience. 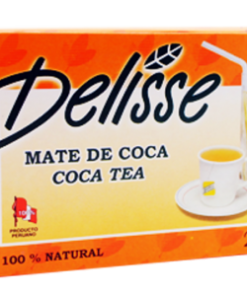 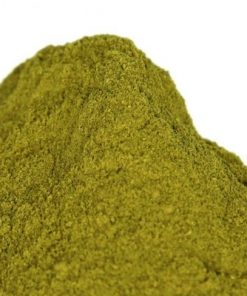 This is the Amazing Healthy Delisse Coca Tea Powder You Have Been Looking for! Potent A-Grade, native Peruvian product. Finely-ground whole leaf powder (also known as “coca flour”). Can be used for making hot or cold coca tea beverage, and also as a dietary supplement or cooking ingredient. Freshest and tastiest possible product. Safe domestic delivery. [...] 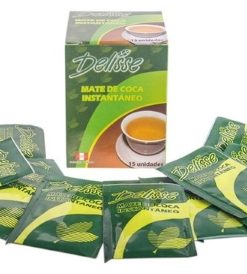 Quick View
Out of stock

This product maintains all the antioxidant and nutritional qualities of ordinary coca tea, but with one exception – there are no detectable alkaloids present. This makes it ideal for people who undergo regular or random drug testing at work or in their profession. It is a sad reality that drinking regular coca tea can cause [...]

Looking for Coca Tea in the USA?
This once hard-to-get tea is just a little easier to get in the States these days :) Head over to our new online Coca Tea shop...
Visit Tea for Life USA (Our New Online Coca Tea Store)
Your Privacy is Important!

This website's pages are securely encrypted with SSL technology for your privacy.

From our blog…
Navigation